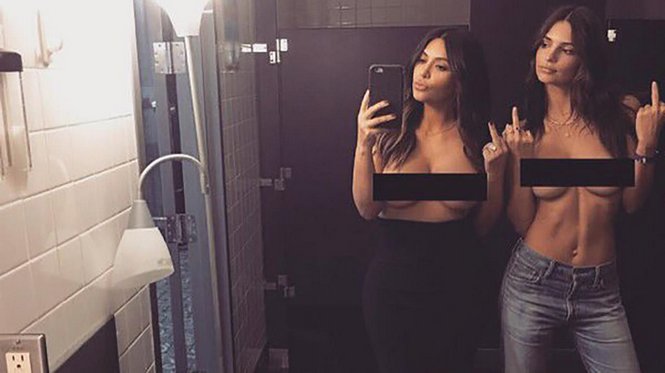 Emily Ratajkowski and Kim Kardashian have been accused of being anti-feminist from some harsh critics. Especially after Emily stood up for Kim when she posted a naked photo of herself on twitter. Reports from Independent state the about Em Rata: “She seems to be suffering somewhat of an identity crisis. On one hand she wants to fight against the objectification and oppression of women’s bodies, yet she happily profits from her ability to titillate men.”

Em and Kim K recently got together to shoot this picture above. Em captioned the pic “We are more than just our bodies, but that doesn’t mean we have to be shamed for them or our sexuality. #liberated @kimkardashian.”

As you can see, they are both topless and giving the middle finger as a gesture to “fuck off”. These ladies could give zero fucks about what the media says about them. They will continue to show off their curvy bods while being proud to be women.

The critics might hate their guts, but their followers are supportive of them. They have millions of young women all over the world who share the same sentiment as them about the female movement of being able to share our naked bods without getting crucified for it. GO KIM AND EM RATA!!

Below are some gorgeous pictures of these lovely and strong women who are not afraid to stand up to haters. 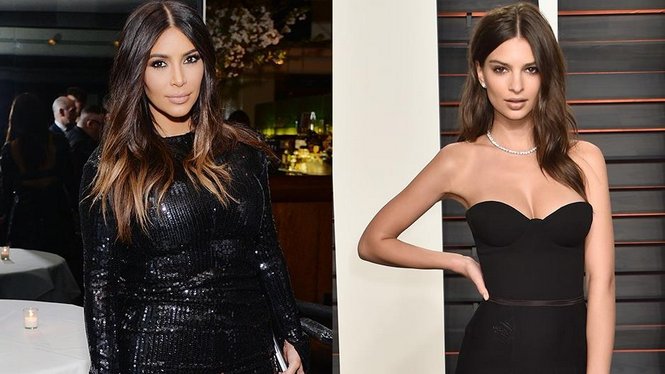 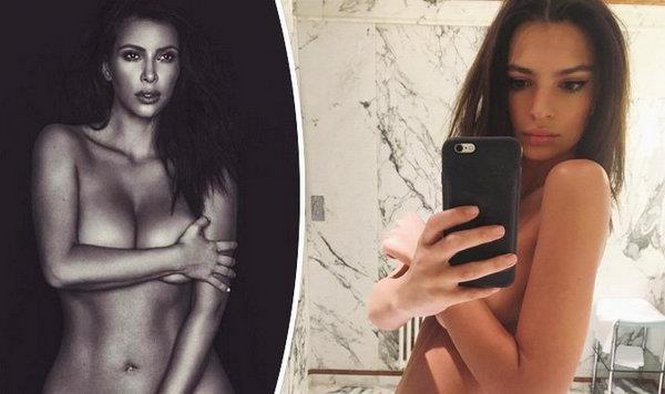 As you can tell, Kim isn’t afraid to be nude. Check out all of her naked pics here.