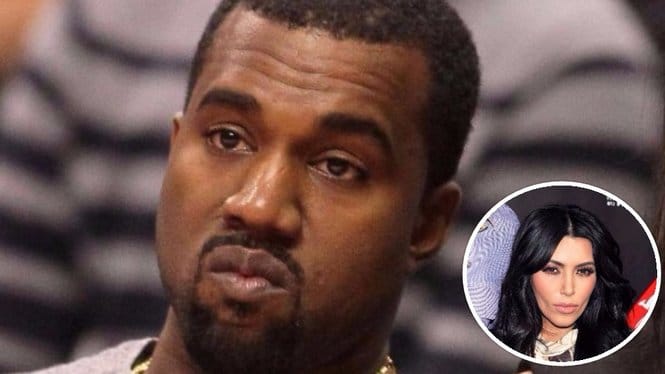 There are rumors that Kim Kardashian became upset over learning that her husband Kanye West might have a sex tape with another woman. According to reports, some of her close friends think Kim is overreacting about the whole situation, especially because the reality star also has one with someone else (Ray J). Is it really a surprise to her that her hubby would have a homemade video with someone else?! Yeezy is known for scandalous drama..

Inquisitr news claims that Mr. West plans to sue over any footage released of his amateur flick. The ‘gold digger’ songwriter is sending out a warning to one of his past loves through the media, letting the person know he is prepared to take legal action against them. Some people believe that the suspect is one of his past groupies that he banged before his rise to stardom. He is worried someone might have snapped some naughty things he is not proud of.

A Hollywood Life insider stated that this isn’t something he takes “lightly” and he has already rounded up his expensive attorneys to handle the matter if something goes down. The insider also said he is ready for a “war” if someone dares to do anything.

In other tape scandal news, Tyga and Kylie’s alleged video that came online a few weeks ago is still under a lot of scrutiny with the public and of course, the hungry tabloids. Now that someone has the treasure in their hands, it’s only a matter of time that the vid will be leaked. There is no doubt that it will create a frenzy among all of her fanz, but King Kylie doesn’t seem too happy about it – she doesn’t want to disappoint her family that way.